When the Amana Academy track team started practice this spring, their coaches gave them three things to focus on – give it your all, put the team first, and always persevere through the challenges.  After a two-year hiatus due to the pandemic, this year was supposed to be about laying groundwork and building the team up again. Little did anyone know that these kids were more than ready to compete. “We registered the team for the State Championships, but really only expected one or two students to participate. We wanted this to be an opportunity for the team to watch and be inspired. I don’t think any of us ever expected for the team to do what they did: continuously break their personal records (PR’s) each meet, 19 students qualifying for State and 23 new Amana school records to be set. The team has really blown us away!” says volunteer coach Amr Omar. Amana is the only Fulton County middle school that was represented at the state championship meet.  Other Fulton County middle schools have intramural track & field teams that have the opportunity to participate in one track & field exhibition a year at one of the county’s high schools, which doesn’t qualify them for the state meet.  Amana’s team competed in 5 regular-season meets against private school teams, private track clubs, and public schools from other districts. They also competed in the Fulton County exhibition. Over the course of the season, the team made it to the podium 18 times, racking up 5 first place finishes, 4 second place finishes and 9 third place finishes, not to mention all of the personal and school records they set. This is especially impressive given the fact that the team didn’t have access to many of the same resources that you’d find at other schools. One student stated, “I am proud of our team for making it to the State Championships, especially considering the fact that we don’t have an actual track to practice on or a sand pit for long jumps. I find it very impressive that we were able to persevere through every practice and try our best in meets.” One mom stated, “We don’t just have a track extramural. We have a track program – huge difference. These coaches pour hours into these kids pushing and coaching them to be the best, and it shows. The Amana team outperformed hundreds of other schools for the opportunity to be invited to state competition.”  While building the team’s athletic abilities, Amana’s coaches were also making practice fun and building camaraderie. “My favorite part of being a member of the track team was definitely the people, the practices and the time we spent together. Track was my favorite part of the day – I would look forward to it all day. Even though it was tough and often ended in soreness, the overall atmosphere was filled with positive energy and it was so fun. Our coaches taught us a lot, and even though we were training and learning, we were also enjoying our time.” The team spirit exhibited by this group of students was most evident in small acts.  For instance, at the start of the season when some team members hadn’t yet gotten all of the equipment needed to compete, members of the boys 4×400 relay team shared a pair of cleats.  The second leg runner would complete his leg, and quickly hand off his cleats to the runner of the fourth leg while the third runner completed his leg.  As Coach Richard Everett said, “That’s why I love these kids so much – they will take care of each other when they can, and that to me is the definition of Crew.” It’s also evident in the fact that even though 6th grade students weren’t allowed to compete at the Fulton County exhibition meet, they showed up to cheer on their 7th and 8th grade teammates.  Amana’s motto is “We are Crew, not Passengers,” and these kids really do exhibit that spirit. Even though only 19 of the team members qualified to compete at State, the majority of the team showed up to cheer them on, which is a testament to the goal they set for themselves at the top of the season to put the team first. 125 teams competed at the state meet, many of them private track clubs or large private and public schools with strong booster support.  And while the Amana team didn’t make it onto the podium, 11 of the 19 set personal records at the meet.  And to top it all off, at the end of the meet, the organizers called on coaches and parents to compete in a relay, and the Amana team took 3rd place. What an awesome finish to an amazing season. 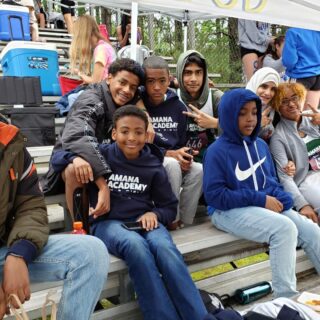 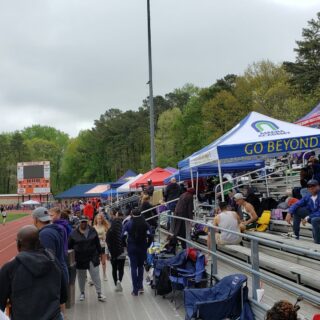 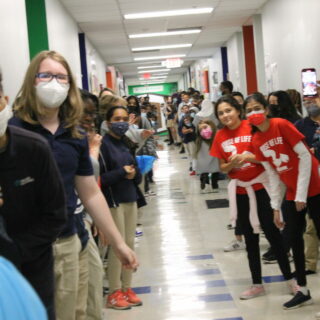 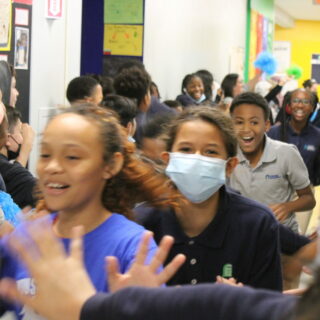 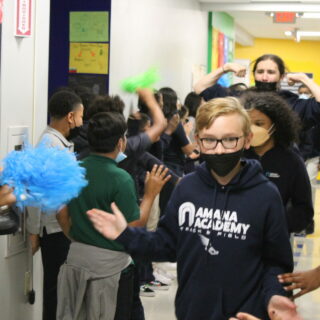 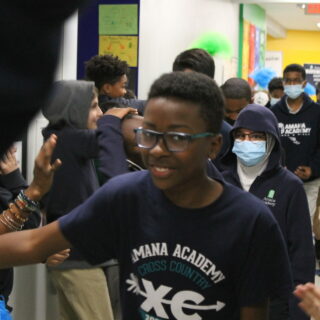 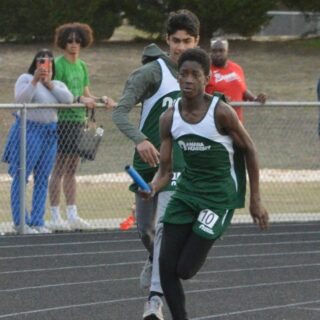 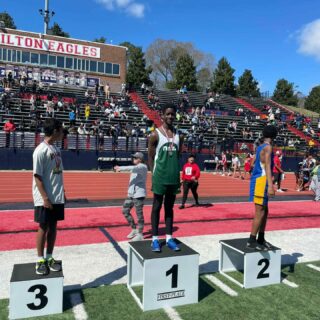 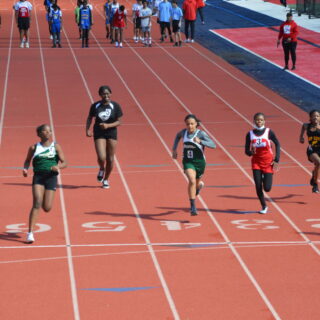 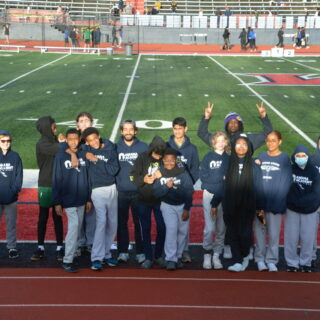 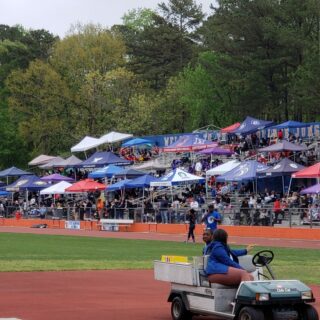